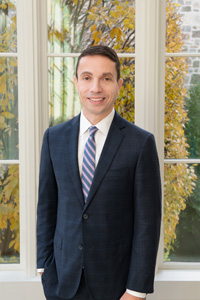 Brian is a go-to first-chair trial lawyer who has tried over 30 cases to verdict before juries across the country.

Brian serves as national trial counsel for Monsanto in its Roundup litigation.  He recently delivered the first full defense verdict in the litigation in a Los Angeles Superior Court case involving a boy diagnosed with cancer at age 5.  Brian has also obtained complete defense verdicts on behalf of Bayer, Eli Lilly, and Pfizer in products liability bellwether trials, including the first state-court jury verdict for Bayer in the Xarelto litigation.

Brian has also played a critical role in winning cases before trial, including a recent Daubert and summary judgment victory for Medtronic in hernia mesh litigation in the Central District of California.  The Court excluded Plaintiffs’ specific causation expert based on Brian’s argument and deposition.

In recognition of his success, Brian is nationally ranked in Chambers in products liability and mass torts.  Chambers describes Brian as “a tremendous lawyer” who is “instrumental in getting favorable results.”

Before founding Wilkinson Stekloff, Brian previously practiced at Covington and Burling and Paul, Weiss, Rifkind, Wharton & Garrison, where he tried multiple cases to verdict and represented companies and individuals in government investigations and prosecutions.  Brian also spent four years as an Assistant Federal Public Defender for the Southern District of Florida, where he obtained full acquittals in nearly one-third of his jury trials at a rate of more than double the national average.

From 2006 to 2010, Brian served as an Assistant Federal Public Defender for the Southern District of Florida in Miami. In that capacity, he represented indigent defendants in a variety of criminal cases involving alleged securities and other financial fraud, political corruption, violent crimes, narcotics and immigration offenses.  As an Assistant Federal Public Defender, Brian chaired or co-chaired twenty-two felony jury trials, including seven full acquittals.  Brian has remained involved in representing indigent defendants on a pro bono basis as a member of the Criminal Justice Act Panel for the District of Maryland.