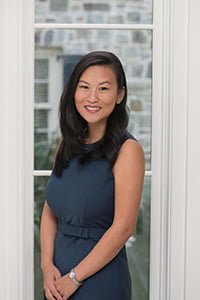 Angela is an Associate at Wilkinson Stekloff.  She has represented individual and corporate clients in both state and federal courts in matters including products liability, commercial disputes, criminal issues, civil rights, and government investigations.  With her work on three trial teams that obtained complete defense jury verdicts relating to Zoloft and Xarelto and in managing bellwether cases in complex civil litigation relating to Essure, Angela has experience in all aspects of trial preparation, including taking and defending depositions, expert strategy, fact witness preparation, briefing, jury trial presentation, and resolution strategies.

Angela has also represented clients in appeals before the District of Columbia and Fifth Circuits and in several amicus briefs before the United States Supreme Court.  Angela also represents pro bono clients in various stages of the criminal process and has advocated for individuals who have experienced domestic abuse, cyber-harassment, and employment discrimination.

Before joining the firm, Angela clerked for two federal judges and practiced at Paul, Weiss, Rifkind, Wharton & Garrison.  She received her law degree from Yale, where she received the Colby Townsend Memorial prize for her scholarship and the Stephen J. Massey Prize for her contributions to the legal services clinic.  She received her undergraduate degree from Princeton, where she was president of the debate team and Managing Editor of the Daily Princetonian.  Prior to her legal career, Angela was an associate client adviser for a large hedge fund.  Angela also is a volunteer debate coach for incarcerated people in New York and New Jersey.