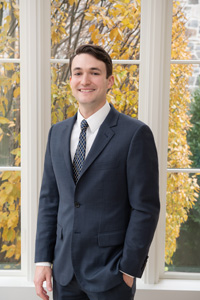 Anthony Ferrara is an Associate at Wilkinson Stekloff. Before joining the firm, Anthony was a law clerk to the Honorable R. Lanier Anderson III of the U.S. Court of Appeals for the Eleventh Circuit and the Honorable Sanket J. Bulsara of the U.S. District Court for the Eastern District of New York. Prior to his clerkships, Anthony was an associate at Morgan, Lewis & Bockius in New York where he represented corporate clients in government investigations and complex commercial litigation.