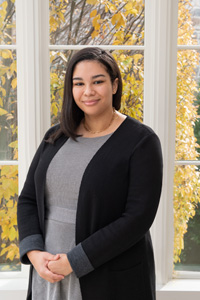 Chelsea Shaffer is an associate at Wilkinson Stekloff. Before joining the firm, Chelsea clerked for Judge Victor A. Bolden of the the United States District Court for the District of Connecticut.

Chelsea attended Yale Law School, where she served as Chair of Yale Law Women. While studying at Yale, she was a member of the Veterans Legal Services Clinic and argued before the Court of Appeals for Veterans Claims. Chelsea earned her undergraduate degree from Bowdoin College, where she studied history and visual art. At Bowdoin, she received the Joshua Chamberlain Scholarship and won the Jurist’s Prize for Visual Art.