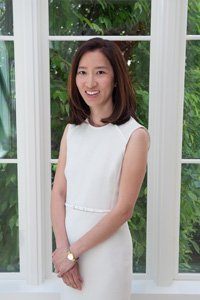 Grace is an experienced lead trial lawyer who has won all seven of her jury trials, and has successfully defended those verdicts on appeal.

Before joining the firm, Grace served as an Assistant United States Attorney with the Financial Crimes and Public Corruption Unit of the U.S. Attorney’s Office for the Eastern District of Virginia.  As an AUSA, Grace successfully prosecuted a wide range of white-collar cases, including offenses involving government contract fraud, bribery of public officials, CIPA equities, violations of the FCPA, investment fraud, insider trading, bank fraud, and tax fraud. She received numerous awards for her work from the FBI and from the Council of the Inspectors General on Integrity and Efficiency.

Before becoming a federal prosecutor, Grace practiced at Williams & Connolly, LLP, where she defended criminal tax, national security, environmental, and securities matters in various federal jurisdictions; argued two pro bono criminal appeals; and handled civil litigation matters in courtrooms across the country, including presenting witnesses at a preliminary injunction hearing on behalf of a biotech client, preparing a tech company’s C-suite executives to testify in an FTC investigation, and briefing successful dispositive motions for an energy company involved in cross-border litigation.

January 9, 2023
* Admitted to practice in Texas, Virginia, and the District of Columbia.