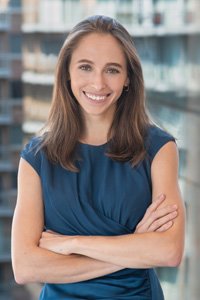 Jackie Delligatti is an Associate at Wilkinson Stekloff.  She has represented corporate and individual clients in a variety of contexts, including products liability, antitrust, Indian law, and defamation. She has worked on teams briefing pre- and post-trial motions and appeals in both state and federal court.  She also was part of the trial team that secured a complete defense verdict in a multi-state consumer fraud class action involving Bayer’s One A Day multivitamins.

Jackie attended Yale Law School, where she was a Coker Teaching Fellow in Constitutional Law and a finalist in Yale’s Barrister’s Union trial advocacy competition. She was also a member of the Supreme Court Advocacy Clinic and the student director of the San Francisco Affirmative Litigation Project. She attended Yale College, where she was the president of the Yale Mock Trial Association. Before law school, Jackie worked as a television producer.

Member of the trial team that won a complete defense verdict on behalf of Bayer in a multi-state consumer fraud class action involving One A Day multivitamins in the U.S. District Court for the Northern District of California.