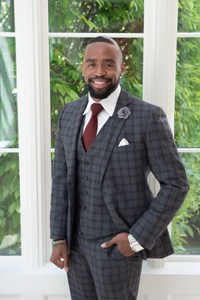 Justin Mungai is an Associate at Wilkinson Stekloff. Before joining the firm, Justin was a law clerk for Judge Mark J. Bennett of the United States Circuit Court of Appeals for the Ninth Circuit, after having worked as an Associate at Cravath, Swaine & Moore for three years. Prior to that, Justin clerked for Justice Barry T. Albin of the New Jersey Supreme Court.

Justin graduated from Cornell Law School, where he served as the Chancellor of the Moot Court Board and worked as the Senior Notes Editor for the Cornell International Law Journal.

Justin received his undergraduate degree from the University of Warwick, United Kingdom, where he studied Bachelor of Laws (LLB) and graduated with honors.