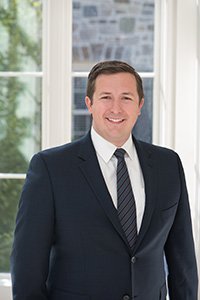 Matthew Skanchy is Counsel at Wilkinson Stekloff. He is an experienced trial attorney and has played key roles on multiple trial teams taking cases to verdict in federal, state, and administrative courts. He is skilled in all aspects of trial strategy and preparation, including managing trial teams and preparing expert and fact witnesses to testify at trial. Most recently, Matthew has played an important role on the team defending Altria Group, Inc. against consumer protection claims pending in the Northern District of California related to Altria’s investment in JUUL Labs, Inc., including in upcoming bellwether trials. Matthew also played a significant role in successfully defending Altria in an administrative trial stemming from the FTC’s challenge of Altria’s minority investment in JUUL Labs.

Matthew also has notable experience briefing pre- and post-trial motions and appeals for a diverse array of clients. He recently represented the Executive Council of the Habematolel Pomo of Upper Lake in Hengle v. Asner, a consumer class action filed in the Eastern District of Virginia in April 2019, where motions practice resulted in Plaintiffs dropping all claims for money damages against the Tribe’s economic development arms and the dismissal of Plaintiffs’ injunctive relief claim under RICO was affirmed by the Fourth Circuit Court of Appeals. He also has significant internal investigation experience, including conducting numerous witness interviews.

Matthew maintains an active pro bono practice, primarily representing clients in post-conviction and constitutional matters in state and federal courts. In this role, he has delivered opening and closing statements and examined multiple witnesses during evidentiary hearings. Most recently, Matthew secured the compassionate release of an incarcerated client who had been in custody for twenty-nine years, since he was just seventeen years old. He has repeatedly been recognized for his pro bono service on the D.C. Court of Appeals’ Capital Pro Bono Honor Roll.

Before joining Wilkinson Stekloff, Matthew served as a law clerk to the Honorable Carolyn B. McHugh of the U.S. Court of Appeals for the Tenth Circuit and the Honorable Robert G. Doumar of the U.S. District Court for the Eastern District of Virginia. Matthew attended the University of Virginia School of Law, where he served on the Senior Editorial Board of the Virginia Law Review and was selected to mentor first-year law students in legal research and writing as a Hardy C. Dillard Writing Fellow.