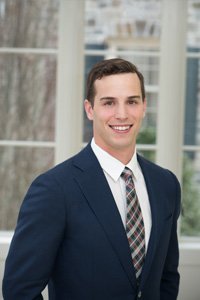 Max Warren is Counsel at Wilkinson Stekloff. His litigation practice focuses on antitrust matters, products liability, civil fraud claims, and internal investigations. He has represented an array of clients, including Pfizer, Bayer, Facebook, and FedEx. He has also done extensive work on behalf of sports leagues including Major League Baseball, the National Football League, and twice taking cases to trial on behalf of the National Collegiate Athletic Association. He has been a member of numerous other trial teams that have tried cases to verdict in state and federal courts. His experience touches all aspects of trial strategy and preparation and he approaches cases with an eye towards telling a compelling story at trial.

Max also maintains an active and diverse pro bono practice. He successfully represented an individual seeking asylum from Central America and continued to represent him as he progressed through the immigration system. He also twice argued in the District Court of Maryland in habeas matters. Recently, he helped draft an amicus brief filed in the Supreme Court. He has been recognized repeatedly for his pro bono service on the D.C. Court of Appeals’ Capital Pro Bono Honor Roll.

Before joining the firm, Max practiced at Paul, Weiss, Rifkind, Wharton & Garrison in Washington, DC. He also interned with Judge James Boasberg of United States District Court for the District of Columbia.

Before law school, Max lived in Tanzania for a year as a recipient of the Michael C. Rockefeller Fellowship. He also played baseball in Europe for two seasons and has been a member of the Greek National Baseball team since 2010.