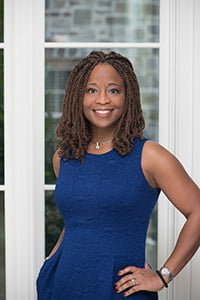 Tamarra Matthews Johnson has made her career as a litigator at the trial and appellate levels, in complex civil and criminal cases.  Tamarra has served as trial counsel in a number of cases for Bayer Corporation, and represents corporate clients involved in a range of industries, from pharma to energy, and manufacturing to sports.

Before joining Wilkinson Stekloff, Tamarra served for more than a decade as an Assistant United States Attorney, litigating scores of white-collar criminal matters. Tamarra held the position of Deputy Chief in the Criminal Division with primary responsibility for supervising major fraud and corruption matters, and before that served as the National Security/Anti-Terrorism Advisory Council Coordinator for the District. During her tenure as a federal prosecutor, Tamarra received a Justice Department Director’s Award for Superior Performance, and the Department of Health and Human Services Inspector General’s Honor Award for Fighting Fraud, Waste, and Abuse.  Tamarra tried multiple public corruption and fraud cases to juries. She served as lead prosecutor and trial counsel in complex fraud cases that resulted in large monetary recoveries and the longest prison sentences handed down for white collar crime in the District’s history.